GCP is an award-winning non-denominational organization that provides essential educational, healthcare, housing, and sustainable development opportunities to children and families in intense poverty in Guatemala, India, and the United States.

In addition, GCP’s ‘Institute for Trafficked, Exploited, & Missing Persons’ (ITEMP) engages across the United States and worldwide in the education, prevention, detection, investigation, rescue, and rehabilitation of victims of human trafficking, and provides prosecutorial assist in state and federal courts, and the development of healthy neighborhood laws.

Since its founding in 1991, GCP has established an international leadership presence, and particularly in times of natural disaster relief. 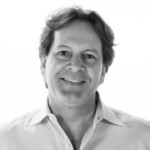 GCP was founded in 1991 at the urgent request of several dozen orphaned and abandoned Guatemalan children whom GCP founder Patrick Atkinson had cared for during Guatemala’s violent 1980s civil war years.

From 1983 through 1989, Patrick founded, constructed, and directed war-zone relief and post-war reconstruction programs across Guatemala, El Salvador, Honduras, and other Central American countries. When Patrick transferred to Southeast Asia in 1989 to work for international agencies leading the research and documentation of organized human trafficking networks, the Central American programs he had directed during the 1980s underwent dramatic change. These were communicated to him by the affected staff, children, government officials, and donors who asked him to return.

Patrick left Southeast Asia and returned to Guatemala in April of 1991 to seek out and recover the children and teenagers who had written to him with the goal of providing them with a foster home, school opportunity, and medical care. From his simple response… one that most parents would give if their children were suddenly in trouble… GCP was born. The Project continues to provide and expand its health, education, legal aid and anti-human trafficking, and job creation through sustainable development efforts in several of the poorest regions across the globe

With the help of many caring volunteers and generous donor, GCP has operated programs in several nations, including the United States, Guatemala, El Salvador, India, Malawi, and Kenya. GCP’s anti-human trafficking program, the ‘Institute for Trafficked, Exploited & Missing Persons‘, has worked to prevent human trafficking and rescue and return home human trafficking victims in 28 different countries.

GCP’s programs today care for and educate 5,000 orphaned and poverty-stricken children, and highly vulnerable widowed, abandoned, and single mothers and their dependents.

Meet the Team
Meet The Board of Directors Officers

WE, The GOD’S CHILD Community, are benefactors, friends, volunteers, and children joined together to assist our poorest brothers and sisters in our home communities as well as around the world in their educational, social, physical, and spiritual growth. We view education as a practical way to help poor children escape from an otherwise painful life.

WE, The Adults, accept our youth as our teachers, students, and children. We believe in the need to stand by their side until they are prepared to meet life and triumph in the eyes of their community and themselves.

WE, The Children, are the pride and reason why Project exists. We have the responsibility to behave honorably and to respect legitimate national, spiritual, and environmental law. We recognize the opportunities and help we have received from others, and will try each day to help someone with a need greater than our own. 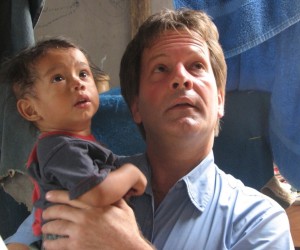 Follow the incredible stories and photographs from the lives of these children through our online newsletter, delivered directly to your inbox.