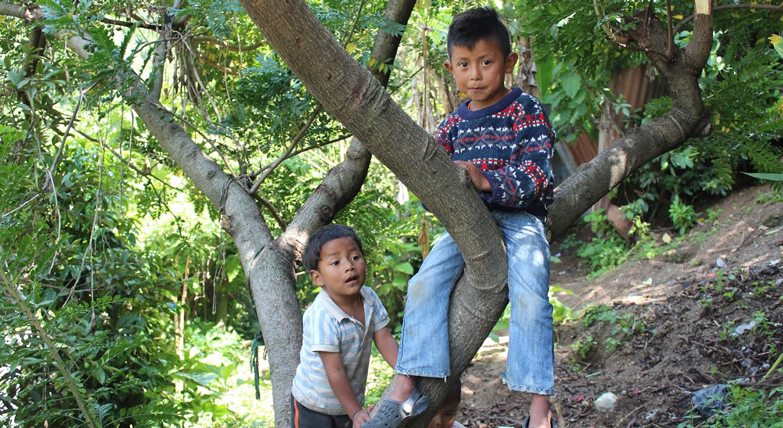 In 2005, GOD’S CHILD Project founder and executive director Patrick Atkinson loaded several team members from The GOD’S CHILD Project-supported Asociación Nuestros Ahijados program in Guatemala, and drove to a region in El Salvador that had been particularly hard hit by that Central American nation’s bloody and violent civil war. Mr. Atkinson knew this area well since for nearly 7 years during the 1980’s he had avoided military and insurgent roadblocks to transport blankets, clothing, food, and medical supplies in to violence-isolated villages.

Not knowing exactly where they were going, this group of GOD’S CHILD Project staff and volunteers crossed the Guatemalan – El Salvadoran border and drove until, one sudden moment, Mr. Atkinson told the driver to “slow down and turn hard right.” After following a rough dirt road for 10 minutes, the group came across a small uncharted community of survivors from one of the many massacres that had occurred in El Salvador during the 1980’s and early 1990’s. “Here is where we start our new program,” Mr. Atkinson said.

From such simple beginnings, The GOD’S CHILD Project’s presence in El Salvador has grown since 2005 to where today nearly one hundred extremely poor families are assisted with monthly distributions of food, clothing, housing repairs, and medical care, in addition to scholarships, uniforms, and school supplies for the children the Project assists to go to school.

Your sponsorship of a desk, a teacher, a meal, the doctor or the cook, or a classroom means the difference between life and death for these children.